Teresa Damásio has been an international teacher for over 20 years. Lawyer, university teacher and politically active, has a major interest in higher and non-higher education. Administrator of the Real Colégio de Portugal, a non-higher education institution of national reference, which teaches from kindergarten to high education, also a member of the Board AEEP – Associação de Estabelecimentos de Ensino Particular e Cooperativo. Teresa Damásio has been Administrator of the Grupo Ensinus since July 2016, consisting of University Education Institutions and Vocational Schools, namely ISG and INP, INETE, the Escola de Comércio de Lisboa and the Escola de Comércio Porto, EPET , EPAR, INAE, Externato Marquês de Pombal, Externato Pedro Álvares Cabral and Colégio de Alfragide in Portugal, IEG in Mozambique, IPT and ISG in Guinea-Bissau. This Group celebrated its 50th anniversary in 2017 and is one of the largest Portuguese Language Teaching Groups in the world. She is member of the Board of Directors of the National Association of Portuguese Independent Schools.

Teresa Damásio founded and lead for 23 years the internationalization of the Grupo Lusófona and it is today responsible for the consolidating of the Mission of it Educational Project in all the educational institutions owned by the Group in the African Continent. She also founded and directed DRIE – Director of International Relations, Internships, Employment and Entrepreneurship of Grupo Lusófona, where she belongs to the administration, and was responsible for the implementation of an international strategy in all the international campuses of the University. She has been involved and is a researcher in capacity building and brain gain policies, as well as multiculturalism and gender equality. Engaged in politics since her youth, she held various partisan positions, namely Member of the National Commission and Member of the Assembly of the Republic, being 1st Secretary of the Parish Council of Benfica, where she was elected for the first time in 2009.

She is member of the General Council of the Portugal Mozambique Chamber of Commerce, also named Portuguese Ambassador of the European Vocational Skills Week 2019, which took place from 14 to 18 October in Helsinki, Finland. Participates actively in conferences and publications at organizations which she is member of – NAFSA, AIRC and ISEP. She is speaker in different international contexts and forums about Multiculturalism and Gender Equality, with emphasis on the Middle East and Asia. Graduated in Law from the Universidade Autónoma of Lisbon, she has a postgraduate degree in “Lusophone Space: Culture, Economy and Politics”, from the Universidade Lusófona de Humanidades e Tecnologias. Teresa Damásio is fluent in English, Spanish, French and has basic language skills in German and in Italian. She is married and is a mother of three boys. 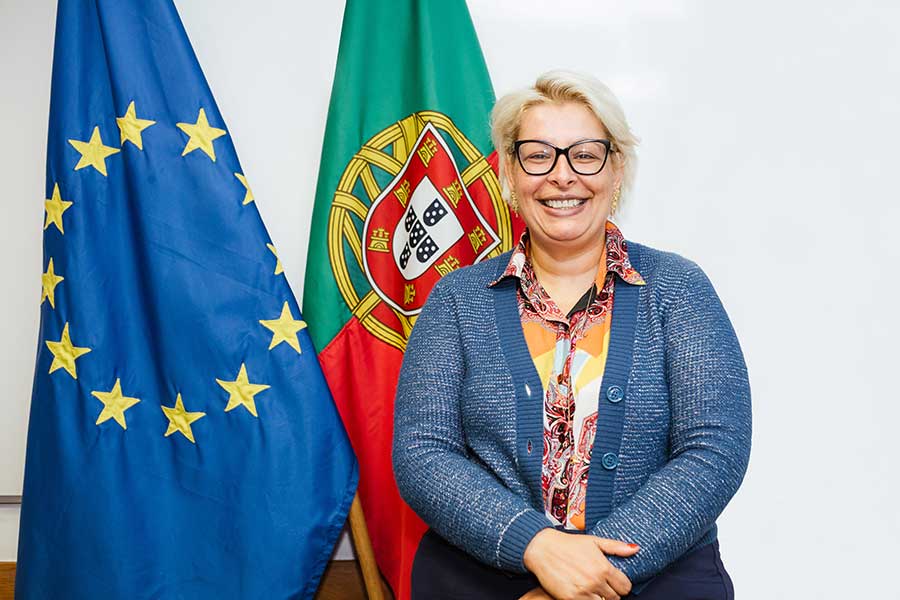